HOW BIOSENSORS COULD CHANGE HOW WE DIAGNOSE DISEASE 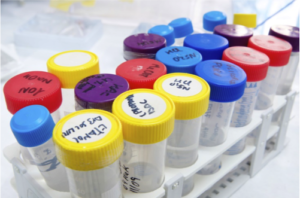 When it comes to serious illness, the earlier it can be detected, diagnosed, and treated, the better. There are countless case studies in which early treatment made all the difference in a patient?s prognosis, often meaning the difference between life and death.

Yet all too often, making those diagnoses is a challenge, especially for diseases for which there are typically no outward symptoms until the disease is well-established. And even when there are signs and symptoms of a problem, the process of diagnosing a serious condition like cancer, Alzheimer?s, Parkinson?s, and others often requires a great deal of testing, which can require several days or even weeks to confirm a diagnosis.

Thanks to some new technology in development, though, the process of early detection and diagnosis could become much faster. Scientists around the world are working on new biosensor technology that can detect the presence of certain molecules that are associated with cancer and certain neurological conditions. With these biosensors, it may someday be possible for physicians to detect diseases in a single office visit, at a much lower cost, and begin treatment early enough to slow the progression of the illness and even save lives.

A biosensor is a device that can detect certain biological data by converting a biological entity, such as a protein or DNA, into an electrical signal that can be analyzed to detect the presence of certain chemicals. One common use of biosensors is in glucose monitoring in diabetes patients; when a patient uses an insulin pump, it involves placing a biosensor just under the skin to monitor blood glucose levels and provide near-constant updates, so the patient knows when and how much insulin to take.

Until recently, most biosensor technology in healthcare has been used in the treatment of disease, rather than in the diagnosis of disease. However, scientists around the world are working on new technology that can provide a nearly instantaneous diagnosis for certain diseases.

In Brazil, for example, researchers are developing new biosensors technology designed to detect biomarkers known as microRNAs (a class of ribonucleic acids) by using a reduced form of a peptide known as glutathione (GSH) as an organic transistor. The biosensor itself ? which the size of a nanometer ? is placed in a single-layer on a slide, and detects the microRNAs that can help translate the DNA information into a protein that can be interpreted. When the GSH are exposed to the enzyme glutathione S-transferase (GST) ? associated with Parkinson’s, Alzheimer’s, breast cancer, and other diseases ? it creates microRNAs that can be detected by the transistor. Researchers refer to these microRNAs as ?signposts,? since they often indicate specific disease. They are particularly useful because they remain well-preserved in bodily fluid.

The fact that microRNAs are so well-preserved in fluids, like urine, has led researchers in Singapore to begin working on a biosensor that can detect changes in the composition of a urine sample utilizing a silicon photonic biosensor that uses beams of light to determine the level of binding between a DNA probe and the target microRNA. These levels can help clue doctors in to serious health problems, including cancer and cardiac disease ? in some cases, in as few as 15 minutes.

And researchers at Case Western Reserve University have developed an optical biosensor that allows doctors to detect a single molecule of an enzyme produced by cancer cells. This sensor is 1 million times more sensitive than anything currently available, and has the potential to allow for the detection of cancer cells before they spread.

LOOKING FOR A TECHNOLOGY PARTNER WITH EXPERIENCE AND EXPERTISE IN THE MEDICAL DEVICE INDUSTRY? LEARN MORE ABOUT OUR CAPABILITIES HERE.

While researchers aren?t yet sure how much earlier this healthcare technology will allow for a diagnosis, it?s showing significant potential for being a key part of the detection and treatment of cancer. Not only will it allow for earlier detection researchers say, but also will help provide more information about different types of cancer, how they grow, and how they spread. 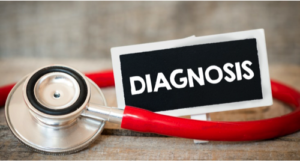 Clearly, biosensor technology has the potential to revolutionize the way that doctors detect and treat disease. However, as most of the researchers note, the technology is still in the early stages and is essentially only beginning. In Singapore, for example, testing of the photonic biosensor is only in the earlier stages, and much more testing will be required before the technology becomes widespread.

Yes, biosensors hold a great deal of promise for not only improving the quality of medical care and outcomes, but also reducing the costs of diagnosing and treating serious diseases. The future for these technology-driven solutions is bright.

To connect with one of PointClear Solutions? technology experts or to learn more about our digital strategy, design, development, and/or management services, Contact Us. (And don?t forget to follow us on LinkedIn for more great content!)