Judging by the value of bitcoin, which recently topped $4k per bitcoin for the first time ever, interest in cryptocurrencies and the blockchain technology behind them is transitioning from underwhelming to euphoric. Once the darling of mathematicians, libertarians, and the World of Warcraft set (these are my people), cryptos have gone mainstream. A quick duckduckgo.com search for ?cnbc bitcoin? yields all the necessary evidence. What explains the enthusiasm? Is this simply another inflating bubble, blown by the speculative-fervor of cheap money chasing returns? Or are cryptocurrencies and blockchain potentially historic new technologies that will revolutionize everything from our financial system to healthcare?

A Currency without Government

There are approximately 900 known cryptocurrencies as of the time of this writing. (Judging by market value, the most popular and well-established are Bitcoin, Litecoin, and Ethereum.) And though there are nuances in the implementation of the various cryptocurrencies, they all share certain properties and features: 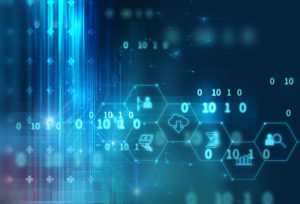 The Black Swan and Antifragile author Nassim Taleb regards ?Bitcoin [as] ? the beginning of something great: a currency without a government, something necessary and imperative? (Taleb, IAm Nassim Taleb, author of Antifragile, AMA). Thus, we can understand the general appeal of cryptocurrencies: freedom from central bank and nation-state control, expectation of a certain level of anonymity when conducting transactions (though confidence is likely misplaced for most cryptos), liquidity that transcends capital controls, immunity to inflation, elimination of the middle-man, and, of course, a certain level of speculative irrational exuberance.

TALK TO ONE OF OUR SOFTWARE STRATEGY EXPERTS?TODAY.

Blockchain is often regarded as synonymous with Bitcoin and cryptocurrencies. This is natural, as cryptos are among the most successful implementations of blockchain technology. In fact, blockchain is being used for many use cases across multiple industries. Even in healthcare?historically a laggard in adopting new technologies?there is a great deal of enthusiasm for the promise of blockchain. Among many possible use cases for blockchain in healthcare information technology (HIT), the following are of particular interest:

In each of these use cases, the appeal of blockchain is predicated upon its promise to liberate data from particular vendors, hospitals, health systems, and governments, while maintaining built-in mechanisms for provenance, security, and privacy.

As we design and build new ways of delivering healthcare and transacting business related to HIT using blockchain technologies, we must keep in mind certain challenges and limitations:

Dr. Neal Evans is a co-founder and the Chief Technology Officer of PointClear Solutions?and?Worry Free Labs. His interests include artificial intelligence, computational physics, and evolutionary algorithms. His contributions range from the scientific to the applied, including advances in machine learning, physics, and theoretical optics, and application of these concepts to health informatics. He is a current or former member of the American Physical Society (APS), the Optical Society of America (OSA), and the International Society for Optics and Photonics (SPIE). He has published in scientific journals and books. For further reading on machine leaning techniques such as evolutionary algorithms, please see Dr. Evans? research page at https://www.falkensmazebbs.net and his Google Scholar page at https://scholar.google.com/citations?user=xE1jSycAAAAJ&hl=en.

Digital Expertise to Support Your Success.

PointClear Solutions’ strategy, design, development, and management services can help elevate your brand reputation, grow your market share, and boost your revenues ? all in record time. Connect with us to learn more.

Complete the form below, so that we can connect you with the right person. You?ll hear from a member of our team shortly.