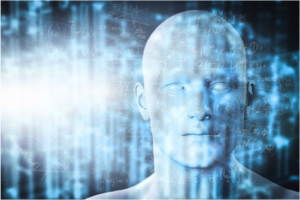 Ask any thought leader to identify the next great revolution in healthcare, and undoubtedly you will hear artificial intelligence. Within the next few years, many predict that AI will be used for everything from wayfinding in medical centers to more personalized ? and effective ? treatment plans. Imagine a world in which your physician could be notified of a potential problem, one that doesn?t have any current signs or symptoms at all, the moment you walk into a hospital, and begin lifesaving treatment immediately.

That level of data analysis is already in the works thanks to a partnership between Google?s DeepMind artificial intelligence and Britain?s Royal Free London NHS Foundation, and the results of the project could have a far-reaching effect on healthcare software and application development for decades to come.

The Google-NHS collaboration, which begins early this year, focuses on an app called Streams, which the partners have been working on since 2015. With this five-year project, patient information will be analyzed by DeepMind to identify the potential for acute kidney injury, with the goal of speeding up response times for treating kidney issues before they progress and cause additional damage.

The app will review blood test results as they are available, and compare the data against existing knowledge. If the patient is flagged as having a higher risk of injury, the provider will be alerted via the Streams app, and take the appropriate action.

Eventually, use of the Streams app will be extended to identify other potentially life-threatening conditions, including liver problems, sepsis, and organ failure. The app will also receive expanded functionality, including messaging and task management capabilities. And because it was built on an open platform, other developers will be able to add new features and services to future iterations of the app.

The ultimate goal, beyond improving patient care and outcomes, is to get providers back to what they do best: Providing care, and not spending the majority of their time on administrative tasks and poring over different electronic and paper-based systems to identify patient issues. By some estimates, Stream has the potential to free up more than half a million hours each year.

CHECK OUT “THE ETHICS OF AI” BY OUR CTO NEAL EVANS, PHD.

Despite the potential for this partnership to improve patient care, there are still concerns, though, particularly when it comes to patient privacy. 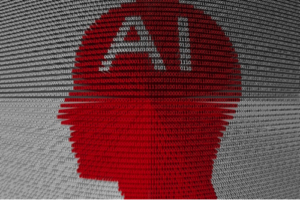 The DeepMind-NHS partnership has drawn significant scrutiny since it began in early 2016, when it was revealed that Google had access to all of the personal data and medical histories for the Royal Free Service?s 1.6 million patients.

Developers argue that in order to predict the serious health conditions, DeepMind requires access to this patient data, which includes information about sexually transmitted infections, drug use history, abortions, and certain pathology and radiology tests ? yet those records are being collected without the knowledge or consent of the patients. The potential privacy implications of this data collection, or more specifically the implications of a data breach, are mind-boggling, but Google claims that the project is being handed with the utmost attention to security and privacy.

Still, there are concerns about how the data will be handled. Patients of the Royal Free Service have the option to request, in writing, that their information not be shared with any outside entities.

The Future of Medical AI

Despite the concerns about privacy, Google and the NHS believe that the Streams project holds a great deal of potential for paving the way for future healthcare AI projects. As DeepMind notes, the type of AI supported by Streams can be hugely beneficial to medical research, giving greater insight into the diagnosis and treatment of illnesses, and helping providers give their patients better care in a timelier manner.

For now, though, those benefits are still in the theoretical, as DeepMind has only collected and analyzed data, and not produced any data proving the effectiveness of AI to predict or diagnose a disease at any type of large scale. It remains to be seen how the Streams project will shake out, but there?s no doubt that the results of this project will be watched closely and form the foundation of AI in healthcare going forward.

To connect with one of PointClear Solutions’ technology experts or to learn more about our digital strategy, design, development, and/or management services, Contact Us. (And don’t forget to follow us on LinkedIn for more great content!)