Breaking the blocks: How the health IT industry is addressing data blocking 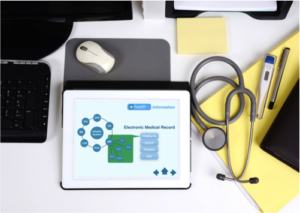 One of the major goals of healthcare reform is to streamline the flow of data across providers as a means to better coordinate patient care ? giving clinicians the information they need, when they need it.

To facilitate this goal, providers and facilities have invested millions of dollars in the technology and infrastructure required to securely collect, store, and share patient clinical information, but the lack of interoperability between these systems remains a major obstacle.

As efforts are underway to prioritize interoperability and allow electronic health records to reach their full potential (as a tool for improved care), resolving the issue of data blocking has become a priority as well. Simply put, industry leaders argue that if interoperability is ever truly going to happen, data blocking cannot continue.

LOOKING FOR A TECHNOLOGY PARTNER WITH EXPERTISE IN INTEROPERABILITY? WE CAN HELP. LEARN MORE ABOUT OUR CAPABILITIES HERE.

In a 2015 report, the Government Accountability Office identified several reasons why interoperability in electronic health records isn?t being achieved. Among the key issues?

The GAO also mentioned data blocking as a significant issue. Whether it?s happening deliberately ? as in vendors charging exorbitant fees for access to data from other health data management technology ? or due to technological incompatibility, data blocking is effectively defeating the purpose of a health information exchange.

While there are some who question whether data blocking is a serious problem ? and suggest that problems with interoperability are due more to infrastructure and technological issues ? the Office of the National Coordinator for Health IT (ONC) is taking data blocking seriously. A number of initiatives are underway to combat the practice, all with an eye toward vendors and providers meeting the provisions of the Medicare Access and CHIP Reauthorization Act (?) passed last year, which requires healthcare systems and providers to achieve widespread interoperability by the end of 2018.

In addition, the Defense Authorization Act Congress passed requirements for DOD and VA interoperability with the same timeline, and is even withholding some of the program funds until agencies can provide a plan for interoperability. 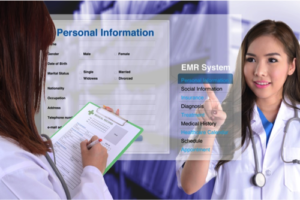 A Commitment to Information Sharing

In February 2016, the Department of Health and Human Services (DHS) announced a joint effort with the largest providers of EHR technology to improve the use of the technology and make it more useful for providers and patients alike.

The commitment was only the first step, though. In September 2016, the ONC, in conjunction with CMS, released ?EHR Contracts Untangled: Selecting Wisely, Negotiating Terms, and Understanding the Fine Print,? a guide to contract terms designed to help health IT decision makers evaluate contract terms to ensure that they do not limit providers? ability to actually make the best use of EHR technologies. The idea behind the guide is to give providers and their IT teams the skills they need to effectively negotiate an EHR contract that allows them to avoid issues in the implementation and use of the EHR ? and use the technology in such a way that is connects clinical information among all providers, in all settings.

In addition to the contracting guide, President Barack Obama also proposed to increase funding for the ONC in the FY 2017 budget; under the proposed budget, the ONC would receive $82 million, an increase of $22 million from the $60 million allotted in FY 2016. This increase is designated for several initiatives, including the establishment of health IT governance certification, giving the ONC the authority to require more transparency from health IT vendors, the establishment of a Health IT Safety Collaborative, and giving the ONC more authority to prohibit information blocking.

All of these measures are being proposed or put into place alongside existing measures, including the provisions prohibiting EHR vendors from placing restrictions on data sharing using donated systems and more clearly defining actions that constitute data blocking.

All of this said, some have suggested that the overall shift to a value-based payment structure, rather than a fee-for-service structure, will actually encourage more interoperability and reduce instances of data blocking, since there will be more incentive for providers to share data. Changes to the payment model, so that collaboration and interoperability are valued and rewarded, will encourage providers to make better use of the existing technology.

Whether or not data blocking is the serious widespread issue that some claim, the fact remains that leaders are taking the issue seriously and making changes to limit the practice and improve interoperability. Stay tuned for more insights into how the health IT industry and the government are working together to make health data management more efficient and effective.

To connect with one of PointClear Solutions? technology experts, or to learn more about this blog subject (or our digital strategy, design, development, and/or management services), Contact Us. (And don?t forget to follow us on LinkedIn for more great content!)